Filling the gaps in the maps

What was the challenge?

Ambulances are limitedly available in developing countries (D-tree international 2018). For example, In Sengerama and Shinyanga, two districts in Tanzania with a population total of two million, there are only ten ambulances (Petronzio, 2017). As a result, hundreds of pregnant women in these districts do not survive pregnancy or lose their babies because there is no transportation method to reach the hospital (Vodafone, 2016).

The Vodafone Foundation build an Uber-like system for emergencies. A woman in need can call with dispatchers at the emergency line, which is free and 24 hours available. A protocol of questions verifies whether the woman needs to go directly to the hospital or can be served by a lower-level facility. A community driver is contacted, which receives via SMS the location and contact of the woman after he confirmed availability. The women is dropped off at her destination, and the driver is paid by Vodafone with mobile money via the M-Pesa system (D-tree international, 2018b). 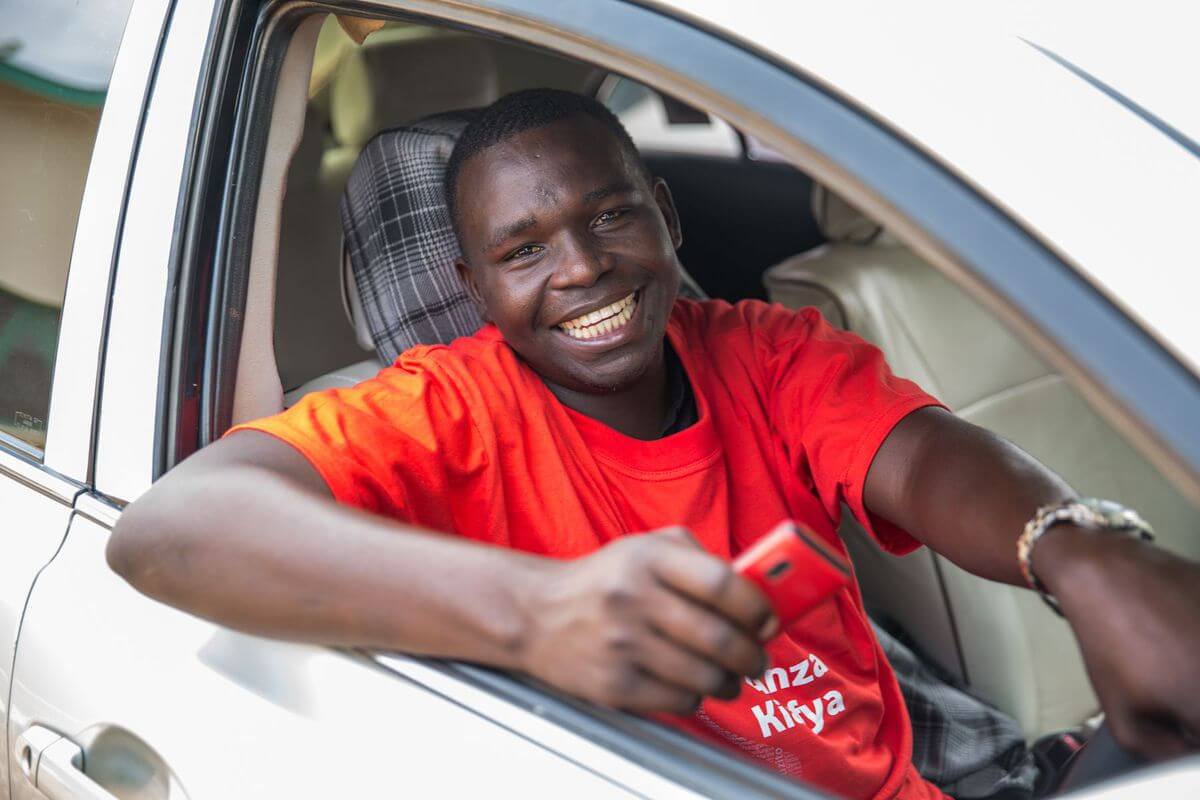 A taxi driver that helps get pregnant women to clinics through the Uber-like system (Lewis, 2017).

The system was launched at the beginning of 2016 In the Sengerama and Shinyanga districts, and one year later it had helped 2,523 women in emergencies who were about the give birth or faced complications during their pregnancy. More than 130 taxi drivers are contributing to this system so far, which is a significant increase in transportation availability compared to the ten traditional ambulances available. The new taxis cover 90% of the maternal health emergencies transportations. According to Vodafone the fatalities for women who need to be transported during an emergency has decreased with 80% (Petronzio, 2017).

Petronzio, M. (2017, April 15). How an ‘Uber for pregnant women’ is saving lives in Tanzania. Retrieved from https://mashable.com/2017/04/15/vodafone-maternal-health-uber-ambulance/#wjrlhlM1lEqh

Vodafone (2016). Pioneering new ‘ambulance taxi’ service could help save at least 2,700 lives of pregnant mothers and babies in rural Tanzania each year. Retrieved from https://www.vodafone.com/content/index/media/vodafone-group-releases/2016/maternal-health-tanzania.html#

Bringing online education to the world without internet