Motivation, Perseverance and Other Wisdoms from Ayyam 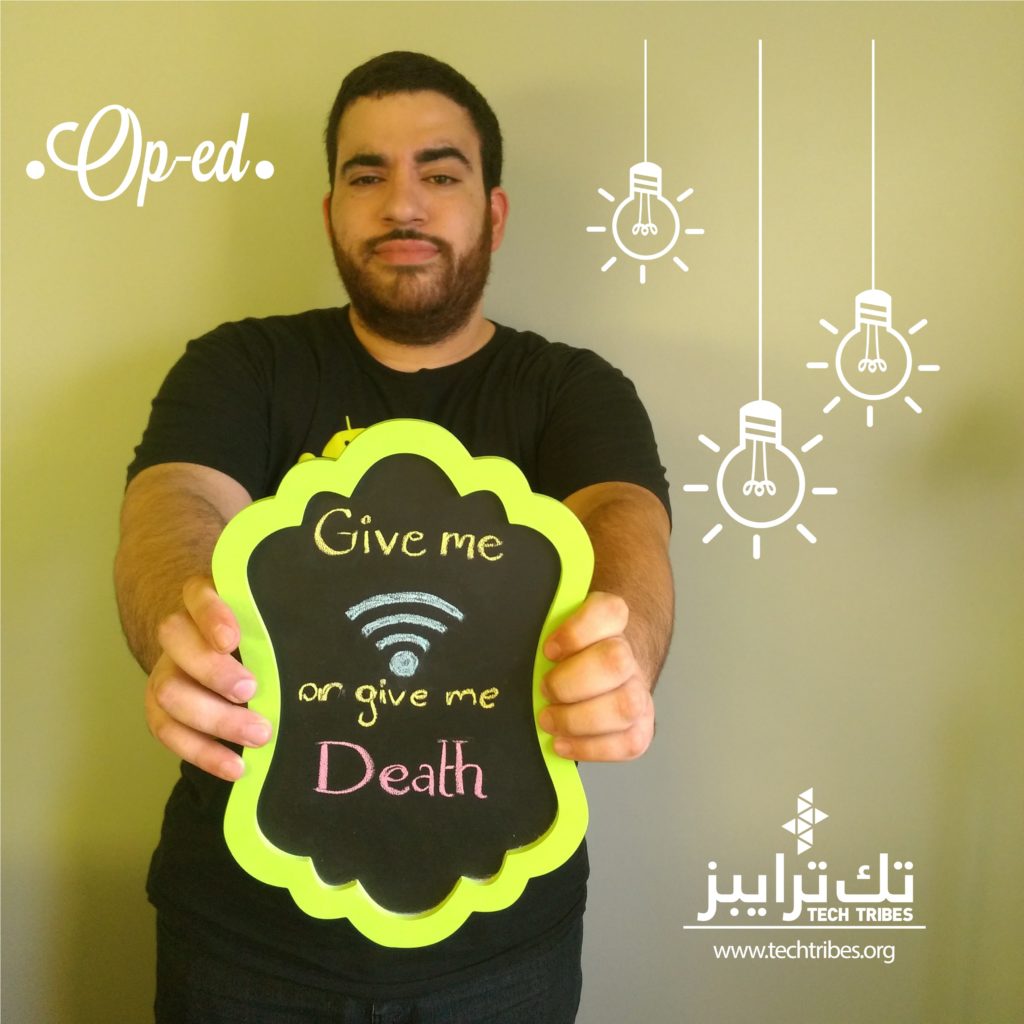 Article by our Communications for Development Officer, Rick W. Hindi, also featured above.

In the digital age, humans had been reaching new frontiers; we’re capable of communicating with the world around us like never before. We have a window to the globe; people had been overcoming the geographical, economical and social constraints. The internet is starting to resemble a massive and absolutely essential water supply system, and it appears more and more that anyone, anywhere can drink from this infinite fountain of knowledge. And how can one not be amazed with one billion websites and 100 billion Google searches per month (that’s 44,000 searches per second).

In the wake of war and violence in the region, critics of internet rights believe that there are more pressing issues, such as healthcare, the refugee and immigration crises and even an education reform, yet the concepts of technology and internet access were overshadowed in the demands. For an access to the internet could improve access to every public sector.

Lately,an increasing number of people have argued that unrestricted Internet access is equivalent to basic human rights such as shelter, sustenance and education. Additionally, the U.N. special rapporteur on freedom of opinion and expression believes that disconnecting people from the Internet constitutes a human rights violation.

To the average Millennial, those born after AIDS but before 9/11, regardless whether in Amman or Santa Monica, Internet came as cool new trend at their cousin’s house in the 1990s, and evolved into something that their lives revolve around by the 2000s. Yet, and despite all the massive accelerations within ICT technologies, the internet remains a foreign concept to 60% of the planet. With 4 out of 10 people in the world with access, one mustn’t forget the dramatic growth rate seen across developing countries. For example, by the end of 2014, 20% of Africa’s population had access to the Internet through their phones, up from a mere 2% in 2010, and the number of users is anything but decreasing.

The sum of all human knowledge is available online.

By not having access to the internet, 60% of the world’s population is left behind, and the gap is ever-growing. The number of options for education through the internet had been increasing in recent years, with the inclusion of often free Massive Open Online Courses (MOOC), with services like Udemy and Coursera, an internet user can learn anything from photography to medical neuroscience.

Internet access connects people with economic opportunities, and creates them.

In developing countries, a 10% increase in internet access adds between 1.28 to 2.5% to the country’s GDP. Globally, internet access adds between 1% to 1.4% to the employment growth rate, in any given nation. With the majority of the job market in the developed world taking place online and using every digital sphere for work and communication, it’s truly a setback for nations with no access to the internet. Think of Eritrea (a country with less than 1% of its population connected to the internet) the next time your office loses connection for ten minutes, and watch the collective productivity take a turn for the dead end.

When disaster strikes, we all reach for our phones.

The 21st century proved to be the age of mass communication, with the last few years seeing a drastic increase in methods and ease whilst a steep decline in the cost made use easier, more accessible and outreaching. Facebook, the world’s current largest social network, tapped into the disaster relief issue by launching Safety Check after a wide range and violent earthquake was responsible for a massive amount of damage and loss of lives in Nepal in April of this year. Another Safety Check was activated after the November 2015 Paris attacks which also occurred in a very large metropolitan area and over a large geographical location.

The internet is the gateway to global democratic participation.

Political change often happens without the participation of local citizens; often governments simply decides what’s next. In these instances, laws, budgets and institutions are applied onto people without their feedback. This translates into new changes and methods of society management that don’t necessarily reflect people’s interests or needs. More often than not, human rights are neglected in these changes. Access to the internet, on the other hand, has proven itself an additional asset to the process of democratising a number of nations that had been systematically oppressed.

Cameroon shuts down the internet for 240 days.

Are GIS and Big Data the most important skills for the next generation development professionals?